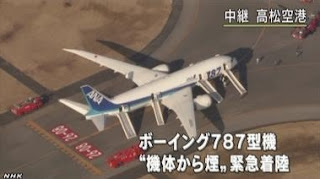 A Boeing 787 operated by All Nippon Airways Co made an emergency landing in Takamatsu in western Japan after smoke appeared in the Dreamliner cabin, public broadcaster NHK reported on Wednesday. 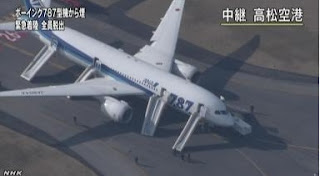 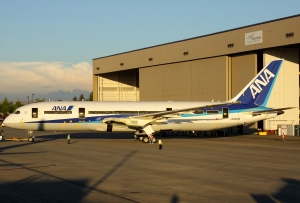 JA804A at Paine Field July 29, 2010 shortly after completion of the side of body modification.