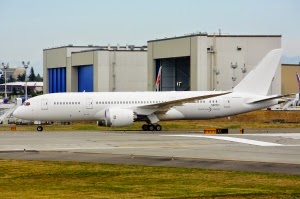 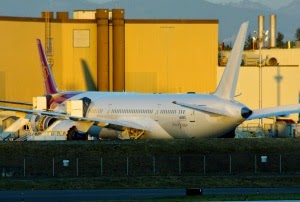 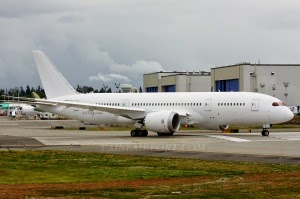 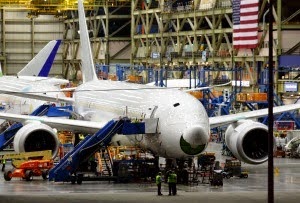 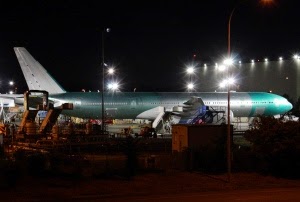 China Eastern Airlines 777 B-2001 was rolled out of the factory to the fuel dock tonight. 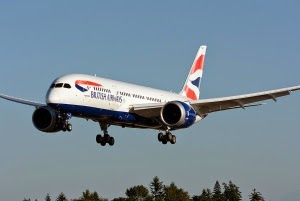 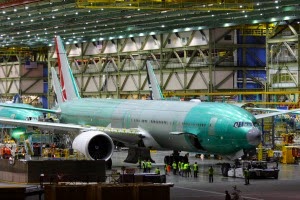