Initial engine run on a 787 in stall 105. Note the fireball at :09. Engines were run for only 30 minutes, the Fire Department was called to investigate a 40 gallon fuel spill. 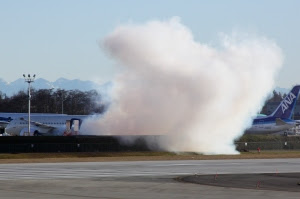 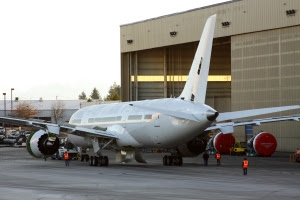 Japan Airlines 787 line 38 was moved to Bay 1 of the EMC this morning. 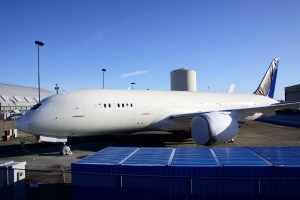 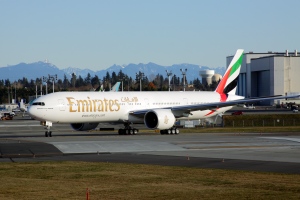 WE190 Emirates A6-EGL ready to begin a taxi test then a takeoff on a B1 flight. 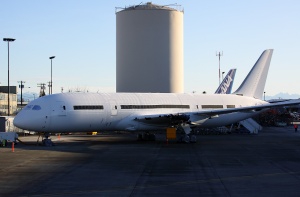 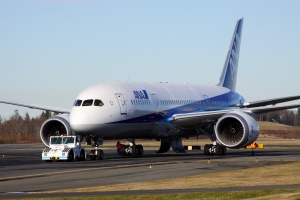 JA808A was moved from the flightline to the EMC. 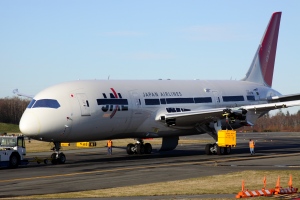 Email ThisBlogThis!Share to TwitterShare to FacebookShare to Pinterest
Labels: A6-EGL