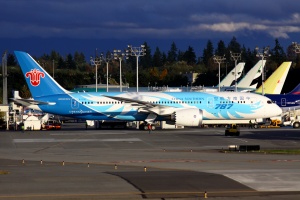 China Southern Airlines B-2727 was moved to the compass rose for an engine run this afternoon.
Update October 31: B-2727 has been moved from the flightline to the Paine Field south ramp. Boeing has been storing some of the early model 787s there. 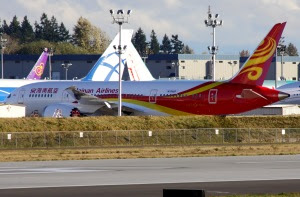 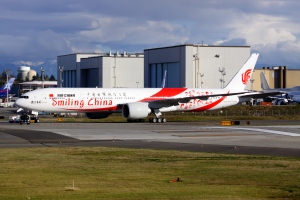 Air China B-2035 was moved to Kilo North for a delivery ceremony. 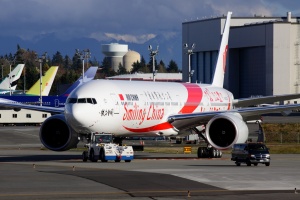 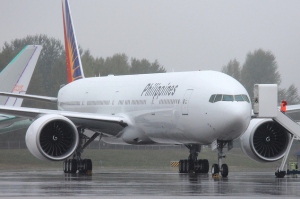 Philippine Airlines RP-C7774 ready to depart Portland on a ferry flight to Paine Field on October 28. In the background is FedEx N889FD, just arrived from KPAE for painting. Photo by CJ Lebel. 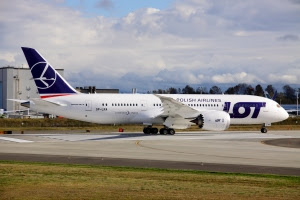